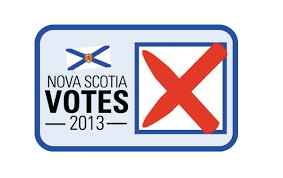 1. As members of Solidarity Halifax we believe another world is possible. Capitalism is not the best humanity can do.

2. We believe that deep, meaningful change in our society can only come from below through collective action of masses of people.  Change cannot come from on high by a queen, politician or bureaucrat.

3. This kind of change, eliminating capitalism, will never come as a result of an election to the provincial legislature. It can only happen when the working classes, the marginalized, the 99%, take power and control of our lives, our workplaces, and our communities from the ruling class, the 1%.

4. But elections are important.  This summer, Solidarity Halifax held a public meeting featuring Roger Rashi, a founding member of Quebec Solidaire, and Jackie Barkley, a Solidarity Halifax member and long time social movement activist in Halifax.  This panel discussion looks at the question of radical change and electoral politics. It provides a much more nuanced and detailed look at these questions.  (View video of “From the Ballot Box to the Streets.”)

5. Elections do matter.  There are significant differences between a party with social democratic roots like the NDP and parties of the ruling class, like the Liberals and Conservatives.  These differences do matter in our lives and the lives of thousands of our friends, families, co-workers and neighbours.

Some of the differences include:

a.     The make up of each party’s membership and supporters

d.     The relationships and connections to labour and social movements.

e.     The formally stated policies and goals of each party

f.      The backgrounds and diversity of party candidates and elected officials

6. The first NDP government in Atlantic Canada has been a disappointment for most folks, especially their Left wing supporters.  Instead of bold progressive leadership, we saw a cautious, mildly left-of centre government. However, this political centrism should be no surprise to anyone, as this is exactly what the NDP ran on in the 2009 election. What’s more, the NDP has not, in recent history, ever presented itself as socialist or anti-capitalist. A sense of betrayal is therefore unwarranted and knee-jerk support for opposing parties can have real damaging effects.

7. The NDP government engaged in inexcusable actions like implementing an austerity agenda for several years by making cuts to public education, universities and freezing hospital budgets.  The NDP government often abandoned or angered its political supporters in the labour, student, environmental, anti-poverty and women’s movements.  The NDP also shamefully took the right to strike away from Nova Scotian paramedics. (View Solidarity Halifax’s statement on the NDP intervention into the paramedics’ strike.)

8. The NDP government has made some positive, progressive steps, especially in health care and workplace safety.  More details are available in a report from the Canadian Centre for Policy Alternatives Nova Scotia, and two of the three authors are members of Solidarity Halifax. (View the CCPA-NS report.)

9. None of the NDP’s actions have in any way challenged the capitalist system, nor did the NDP ever say they would.

10. On the other hand, both the Liberals and Conservatives have a record of inflicting massive pain on the people of Nova Scotia. From privatizing public assets like Nova Scotia Power at criminally low prices to cutting thousands of nurses and teachers while closing hospitals and schools, electing the Liberals or Conservatives would be a step backward.

11. The outcomes of elections have real consequences in people’s lives.  At the end of the day the working classes of Nova Scotia, the marginalized, the 99%, are better off with an NDP government than a Liberal or Conservative government.  The Lib/Cons only serve the interests of the ruling class, the 1%. The NDP, due to the make up of its membership and candidates, due to its relationships with labour and social movements, and due to its founding mandate can be better swayed – with pressure – toward progressive decisions. Also, less intense attacks on the interests of labour and social movements, as well as on the daily lives of the working classes and marginalized allows for the necessary elbow room and breathing space to continue organizing for more radical change.

12. Regardless of the outcome of the election, no government, no politicians and no bosses have ever given anything without people organizing and fighting for it.  No government, whether it is orange, red or blue, will act in the interests of the working classes unless we organize and demand they do, or collectively take matters into our own hands.

13. So don’t let voting be the only political action you take every four years.  If you want to see real meaningful change that challenges capitalism, consider joining Solidarity Halifax and organizing collectively to fight back. (Check out our website for more analysis, campaigns and information on how to join.)

2 Responses to “STATEMENT: The Provincial Election, Voting and Organizing”