As part of NSPIRG’s Rad Frosh 2013 series, Barristas Rise Up and the Canadian Federation of Students – Nova Scotia collaborated to present “Study. Work. Organize.” – a panel exploring the particular problems facing students and young workers in Nova Scotia and creative strategies and tactics for fighting back. The panel was moderated by Sébastien Labelle, Organizer for the Service Employees International Union, Local 2 and member of Solidarity Halifax. 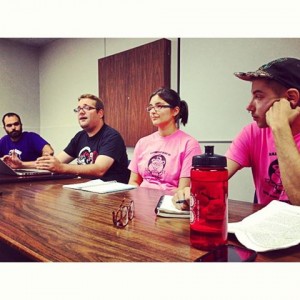 Note: Statements made by Solidarity Halifax members do not necessarily reflect positions held by the organization.