Solidarity Halifax member Sébastien Labelle writes to The Chronicle Herald to denouce the ever present racism in Nova Scotia.

Garnetta (Cromwell) Oakley’s bravery in taking on Leon’s Furniture to win her right to dignity and justice deserves celebration. No doubt.

But as a province, let’s not pat ourselves on the back just yet for justice served. This province has a very long way to go as Gerry Barton now has to fight after 44 years to win his victory over the crime committed by the criminal justice system — 25 years after the royal commission on the Marshall prosecution.

Racism in Nova Scotia seems relentless, requiring each new generation to battle again against this embedded injustice in our society. We can’t give up, and people of European descent must take up this fight, alongside Mr. Barton and Ms. Oakley, with all African Nova Scotians, Mi’kmaq and other racialized people in this province to say against racism, “Done, no more!” 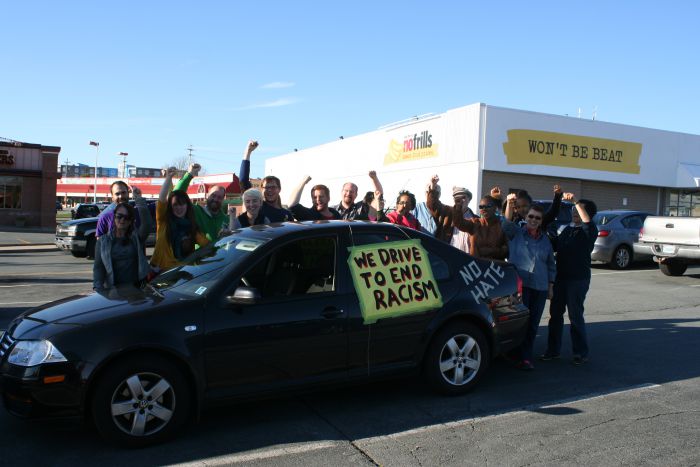