James Hutt, provincial co-ordinator of the Nova Scotia Citizens’ Health Care Network and member of Solidarity Halifax co-authored this Chronicle Herald article advocating for a national drug plan. The article was co-authored with Dr. Monika Dutt, chair of Canadian Doctors for Medicare and a public health and family physician in Cape Breton. 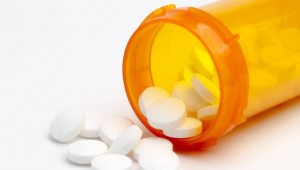 “Nova Scotia has realized that having five pharmacare silos is inefficient for delivering coverage. The same can be said at the national level,” say Dr. Monika Dutt and James Hutt.

In December, Nova Scotia announced the elimination of the Department of Community Services’ extended pharmacare program for low-income Nova Scotians.

Patients enrolled in this program will be transferred to the province’s larger family pharmacare program. This small step could help simplify Nova Scotia’s nebulous web of drug plans, each with different application processes, criteria for eligibility, drug formularies, and co-payments requirements.

What if this moment of change extended beyond the 300 patients that Nova Scotia is transferring to its larger pharmacare program? What if we went even further?

The country as a whole should be looking at how we can simplify and expand access to prescription drugs through the development of a national pharmacare program.

Currently, Canadian provinces and territories each have their own maze of formularies and programs. Each province negotiates drug prices with pharmaceutical companies separately and confidentially. The result of this process? Canadians pay 30 per cent more for prescriptions than the OECD average.

Efforts by provincial governments will never be able to achieve the level of price negotiation with pharmaceutical companies that a national program could. This is an issue of economies of scale.

Nova Scotia has realized that having five pharmacare silos is inefficient for delivering coverage. The same can be said at the national level.

Policy researcher Marc-André Gagnon cautions that provinces can only do so much to combat high drug prices. Bringing Canada’s pharmaceutical costs in line with international averages requires federal leadership and the establishment of a national plan.

Not only would such a plan be capable of reducing costs for treatment, but it could also standardize the cost of medication across Canada.

Cancertainty reports that the annual cost of oral cancer medication ranges from $0 in British Columbia and the Prairie provinces to $23,400 in Nova Scotia.

In fact, Nova Scotians face the highest drug costs in the country, despite being having the second lowest average income.

One in four Canadians have no drug coverage at all, while in Nova Scotia that number is almost one in three.

This wild variation in cost and access is unjustifiable and creates a geographic barrier to treatment. A national formulary would standardize the cost and availability of drugs across the country.

This brings us back to the challenge Nova Scotia faces. Supporters of the current system worry that ending the extended program will make accessing prescriptions more difficult for patients living in poverty. This important concern must be addressed.

Research has demonstrated that a co-pay as small as $2 per prescription can create barriers to treatment for impoverished patients.

This barrier results in unfilled prescriptions, skipped doses and reduced quality of life. It also means increased hospitalizations and much higher treatment costs after the patient becomes sicker due to a lack of treatment.

While accessibility is an issue Nova Scotia will need to account for during the transition, it is important to note that developing a national program would also address this issue.

Researchers have found creating a national formulary — even in a limited capacity that covers only generic drugs — would reduce costs enough to eliminate co-payment requirements.

The call for pharmacare comes as provincial and territorial governments face a sharp decline in revenues from federal health transfers. Starting in 2017, the current federal government plans to reduce health transfers by $36 billion over the following decade and will tie funding to per-capita growth. These changes put Nova Scotia, with an aging and shrinking population, at a disadvantage.

According to recent research by the Canadian Federation of Nurses, a full pharmacare program would save $11.4 billion annually. This move would increase access to medicine, keep people healthier and out of hospitals, while saving an enormous sum of money.

That’s why health ministers and premiers are adding their voices to the growing movement. Creating a national pharmacare program is a rare issue that has approval from Canadians of all walks of life, across the political spectrum. According to an EKOS poll, 78 per cent of Canadians support a universal pharmacare program, and 82 per cent support bulk purchasing to reduce the costs of prescription drugs.

In 2015, let’s consider the extraordinary opportunity before us.

Canada is the only country with a universal health-care system that excludes pharmaceuticals.

This discussion should go beyond a change in a provincial pharmacare program.

This is about the vision and the political will to make our health care system more sustainable, accessible and equitable.