Divest Dal organizer James Hutt is taking to the streets for the Feb 4 Student Day of Action and explains why. James is also a member of Solidarity Halifax.

Tomorrow, on February 4th, thousands of students from across the province are taking to the streets to demand equality and the right to education for all.

11:30am Wednesday, in front of the Killam Library

Divest Dal will be there. As youth and students, climate change threatens our future. Our generation has inherited a crisis we didn’t create. Those most responsible won’t be around to suffer the worst of its impacts. This is just one of the many injustices of climate change.

Even among our generation, the effects of climate change are unequally distributed. Poorer countries face the first and worst impacts of the climate crisis. Countries like Tuvalu are sinking from rising sea levels; the Philippines has been ravaged by near yearly typhoons; and Kenya has suffered increased droughts. Not only have these countries done the least to cause climate change, they also have the least resources and ability to adapt to it. Centuries of colonization and the siphoning of resources to rich countries have perpetuated poverty.

The climate crisis is inherently unequal. That’s why we need to advocate and agitate for solutions based on justice. To stop catastrophic climate change we need sustainable change for all, not just those who can afford it. 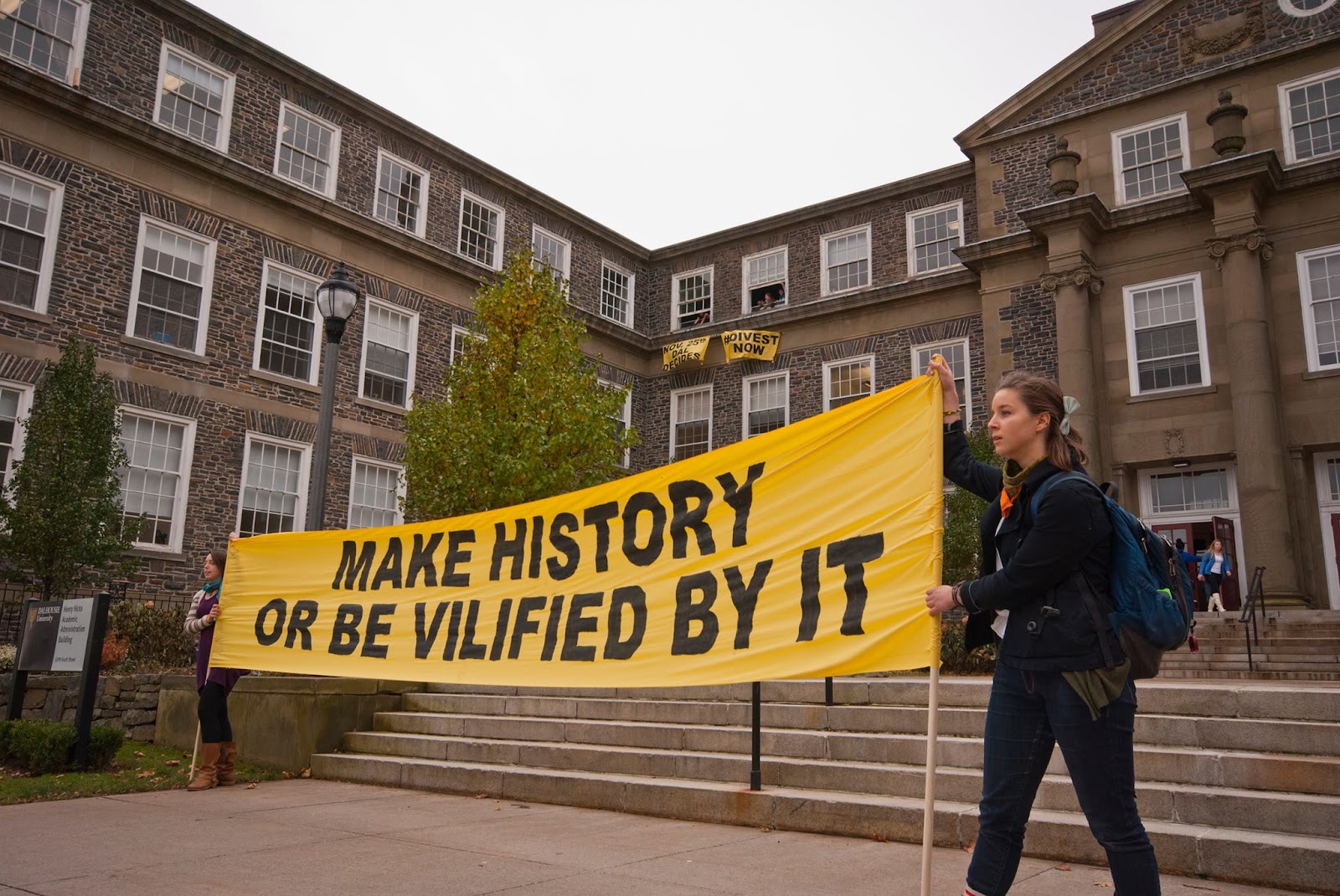 Like climate change, students have inherited an educational crisis. University has never been more expensive or more inaccessible. Here in Nova Scotia, students face the 3rd highest tuition fees, despite ours being the 2nd poorest province. This has deterred many from post-secondary education, excluding them from the surest means to good jobs and livable wages. Others are forced to work multiple jobs while in school, limiting their involvement in community or activist groups, like Divest Dal. Others still choose degrees that promise financial security and the ability to pay off debt rather than programmes that are often less lucrative, such as social or environmental sciences. These fields shouldn’t only be open to the wealthy.

Today few students get through university unscathed. Students, on average, graduate $37,000 in debt. Struggling with such a debt sentence, few have time for activism and many turn to jobs they disagree with, just to get by.

All of these factors and more limit the ability of people from low income backgrounds to engage in the environmental movement. These factors have reduced climate activism to an occupation for the privileged.

Divest Dalhousie is a campus based campaign. While anyone can join, our group is made up exclusively of university students and alumni. Our members have all been privileged enough to attend university. This is understandable, but it is not inevitable.

As privileged climate activists we have a responsibility to challenge inequality and the barriers that prevent others from acting for climate solutions.

Education is a right:

Decades of public funding cuts has led universities to turn to corporate donors more and more. The same corporations that are exacerbating climate change have bought influence over our academic institutions.The fight for public education is the fight against oil companies running our schools.

The same ideology that hinders lowering greenhouse gas emissions prevents the lowering of tuition fees. We have the solutions to both crises. We lack only the political will. Last year the federal and provincial governments gave $34 billion in subsidies to oil and gas companies – the richest corporations on the planet. If those subsidies were invested in post secondary education it would be enough to make all universities and colleges free, and still have $26.2 billion left over.

Here in Nova Scotia, the government is proposing a $72 million tax cut for the richest people in the province. Yet, that $72 million could eliminate all student loans, turning them into grants, and still reduce tuition by 24%. These are choices by governments that haven’t prioritized sustainability or equality. 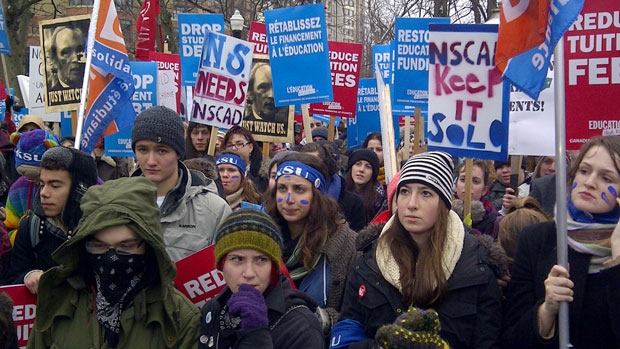 Tomorrow, we’re taking the streets to change that. We’re joining thousands of others to to demand social and environmental justice – because they are one and the same. Tomorrow we’re standing up and speaking out to create a movement accessible to all. Because, as the largest climate action in history taught us last fall, to change everything, we need everyone.