On April 22, the Halifax-Dartmouth & District Labour Council and the Nova Scotia chapter of the Canadian Federation of Students held an open meeting to discuss the NS Liberal government’s austerity budget and the need to fight back. At this meeting, activists and organizers from numerous anti-poverty, student, arts, social justice, environmental and labour organizations launched the #NSuncut coalition.

Read the Halifax Media Coop’s report of the meeting here:
#NSuncut Coalition Against Austerity wants to make some noise

The coalition’s first collaborative task was to mobilize a mass rally two days later at Province House. The noisy rally coincided with the vote to approve the NS Liberal’s austerity budget and to ensure it didn’t get passed quietly or unnoticed.

Here’s an excerpt of a speech given by Suzanne MacNeil on behalf of Solidarity Halifax. Transcript from the Halifax Media Coop.

Taking care of the future and present of this province means creating a better province for everybody. Not creating an economic playground for the wealthy!”

Follow the links below to read various media reports of the rally. 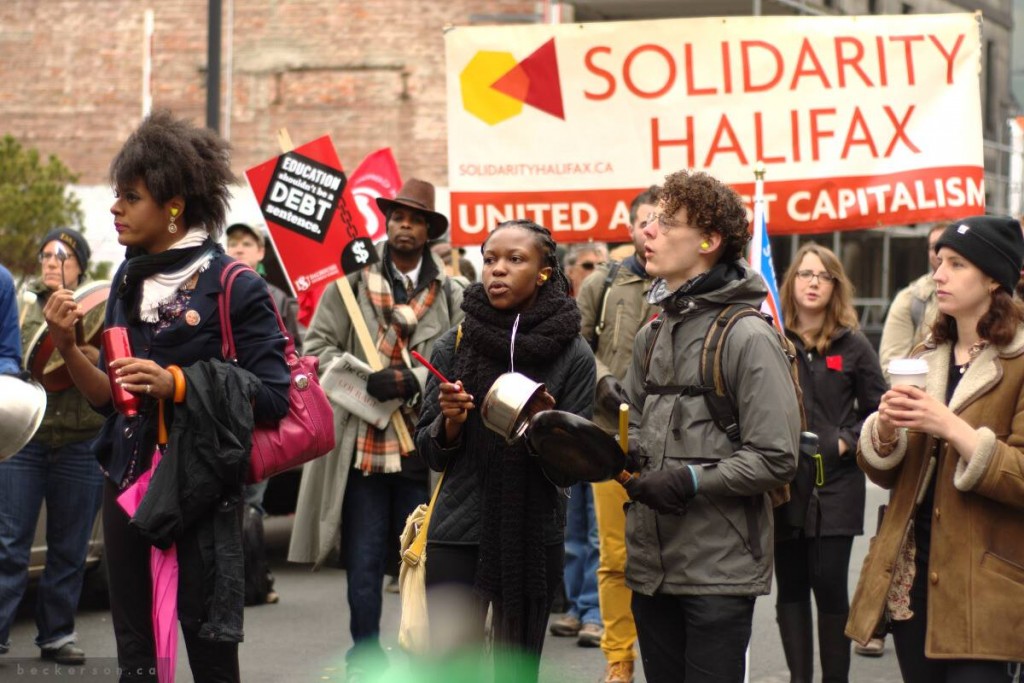