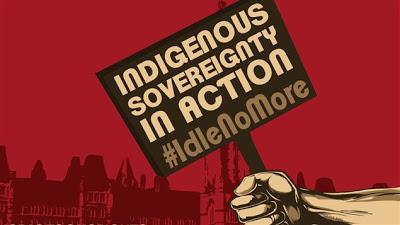 Cheif Spence has asked for supporters across Canada to hold events and peaceful actions on this day. Many Mi’kmaq are already showing their support in ceremonial fasts in 2 locations, Millbrook and Eskasoni. For those who are in the Halifax and surrounding areas please join in a peaceful gathering of solidarity.

“At Solidarity Halifax, we believe another world is possible. We believe it’s possible to build a society where our economy is not structured to concentrate wealth in the hands of a few; where inequality does not foster and perpetuate discriminatory and colonial attitudes; and where the sustainability of a perpetual drive for profit does not supersede the sustainability and health of our natural environment. We believe a different world is possible. The Harper government, however, does not. If today is to mark the end of any world, it should be to mark the end of the world that Stephen Harper wants us to live in. It should be a marker for the beginning of a world governed through democratic and pluralist politics, and imbued with a culture of solidarity and respect.” 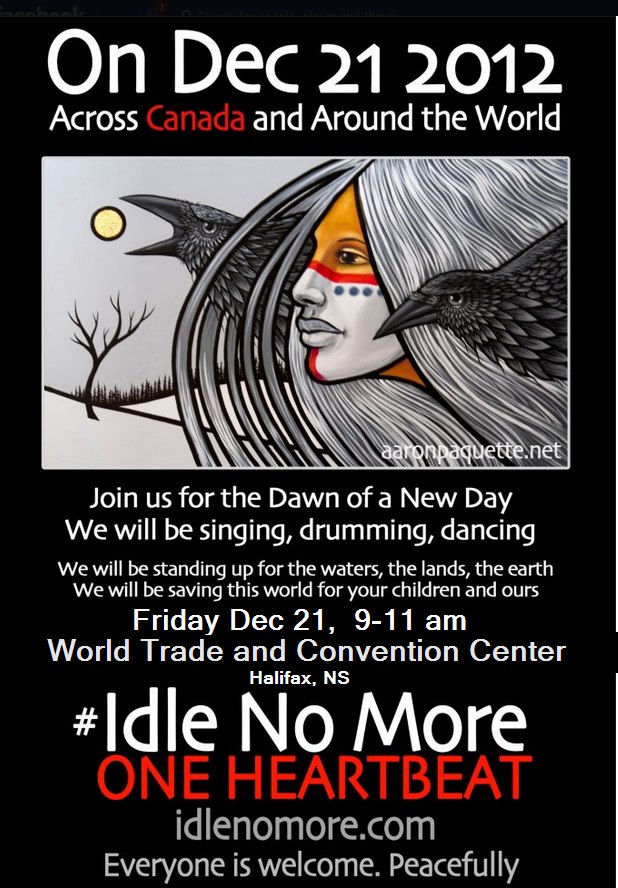 This press conference will provide a forum for concerned Halifax Citizens to vocalize and provide more perspective on Billl C-45, and the effects it will have on Canada’s Environment & Water Ways, Canada’s Labour Code, Fisheries, EI and Pension Beneficiaires and First Nations Treaty Rights.

Solidarity Halifax condemns the Canadian state’s continued legacy of colonialism, arrogance and paternalism toward the Indigenous peoples of Canada as exemplified through the Harper government’s proposed or recently adopted bills C-45, C-27, C-428, S-2, S-6, S-8, S-207 and S-212 without consultation with First Nations and Aboriginal Peoples. We further condemn the Harper government’s refusal to recognize the rights of sovereignty of those peoples or to collaborate with those peoples on a nation to nation basis through the respect of the Treaties signed between Indigenous peoples and the British Crown, and later ratified through the Canadian constitution.

Solidarity Halifax also condemns the Canadian government’s refusal to adopt the United Nations Declaration on the Rights of Indigenous Peoples, which the above stated new legislation violates.

Solidarity Halifax decries the degradation of the territorial rights of Indigenous peoples in Canada. We oppose the latest attempt to privatize reserve lands and all commonly held territories, and recognize it as the latest in a long history of efforts to force Indigenous peoples to assimilate into a system of private property and wage labour. We also deplore the Harper government’s attacks on the integrity of our natural ecosystems and note the particular vulnerability of Indigenous communities to the environmental deterioration that will ensue from this new legislation.

Solidarity Halifax is inspired by the decision of First Nations youth to self organize in defence of their communities. We call on all peoples to be #IdleNoMore in solidarity with the Mi’kmaq as well as all Indigenous, First Nations and Aboriginal peoples of Canada – and for the sake of us all. 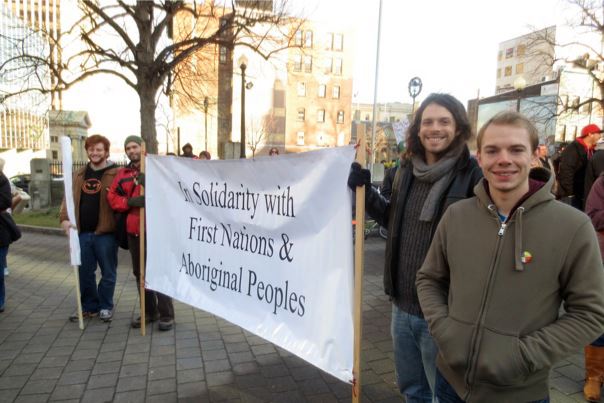