Unions are one of the only remaining democratic institutions under capitalism strong enough to take on neo-liberal policies. But are unions rising to the challenge? Especially when it comes to young workers? Faced with an increased casualization of work and chronic unemployment, young workers have less and less access to unions and to unionized workplaces. So how can we build a union movement that truly includes the struggles of young workers?

Nora Loreto,
author of “From Demonized to Organized: Building the New Union Movement”

Charlie Huntley,
member of Solidarity Halifax and Baristas Rise Up

In anticipation of Wednesday’s open consultation to “rejuvenate” Cornwallis Park, we are posting this piece by Solidarity Halifax member Ben Sichel written in 2011 for The Chronicle Herald during the campaign to rename Cornwallis Junior High School (now Halifax Central Junior High). Originally posted at no need to raise your hand.

Don’t miss this educational event about Cornwallis’ legacy and why we should re-think honouring his name presented by the Nova Scotia Public Interest Research Group.

[June 29, 2011.] Ever since the Halifax regional school board voted to seek a new name for Cornwallis Junior High School last week, we’ve seen a deluge of outrage from editorialists, some historians and (mostly anonymous) commenters on web news stories. Here’s a summary of their arguments — and why each one doesn’t hold water.

1) Changing the name amounts to erasing history, they say, as if that history were completely original and immutable, written by some distant, impartial observer.

What they mean, of course, is history as they learned it, told entirely from a European perspective for the two-and-a-half centuries following the founding of Halifax.

This history all but omitted any Mi’kmaq viewpoints on what was happening to their ancestral lands. European colonists like Cornwallis were portrayed as heroic or neutral at best, while the morality of taking over another people’s country was rarely questioned.

Renaming a school won’t erase Cornwallis’s name from history. The general will live on in history books, as he should; he’ll simply occupy one less place of honour.

Taking over an inhabited land, changing its name, pushing its people to the margins of society, and acting like they never existed? Now that’s rewriting history.

2) Cornwallis killed people, but so did the Mi’kmaq. Yes, the British scalp bounty of 1749 — placed not only on Mi’kmaq warriors, but women and children as well — was proclaimed in the context of a dirty frontier war. Yes, the Mi’kmaq (and the Acadians) are documented as having done some terrible, brutal things to British settlers in this same war.

But wait. Does the fact that a war was going on mean that all were equally to blame? While Britain was looking to expand its empire and increase its wealth, the Mi’kmaq were fighting to defend land they had lived on for thousands of years.

If boatloads of Mi’kmaq had disembarked on England’s beaches and claimed title to large swaths of its territory, the good citizens of that country would likely have felt more than justified in repelling the invaders by any means necessary.

Should the Mi’kmaq have stood by and played nice while being dispossessed of their land and resources?

3) It’s all in the past. Get over it. First of all, it’s hard to argue against “erasing history” and then say, essentially, that history doesn’t matter (see argument no. 1). But more importantly, Cornwallis’s scalp bounty was not one ancient, isolated burst of anger. Rather, it was part of a long series of injustices suffered by aboriginal people throughout Canada’s history that arguably continue to this day.

To dismiss these as all having happened in the distant past is to ignore the current, very real grievances of native people all across Canada, from double standards of justice in the cases of more than 500 missing aboriginal women to the 50-year-old toxic mess in Boat Harbour, Pictou Landing.

Canadians of European descent should acknowledge the real effects of the past and recognize that our ancestors’ leaders’ actions were often less than commendable, even by the moral standards of the day [of white people].

4) We can’t rename everything that offends anyone. Perhaps not. However, we can consider cases in which a sizeable, readily identifiable group claims legitimate offence.

How do we decide what’s legitimate? We discuss it, listen to each other, and come to a mutually agreeable conclusion. This is undoubtedly better than throwing up our hands and saying that since we can’t change everything, we shouldn’t change anything.

Please. Let’s be big about this. Despite much progress in recent years, it’s still obvious that much work remains to be done for there to be respectful, constructive relations between native and non-native people in this province. This becomes apparent to me when common stereotypes and misconceptions arise in my classes.

Changing the name of Cornwallis Junior High is, as school board member Kirk Arsenault suggested, a small gesture of healing and reconciliation.

We would all be better off to embrace it. We should be able to think of many Nova Scotians in history who, while not perfect, also did not call for the heads of the province’s original inhabitants. Let’s name the school for one of them. 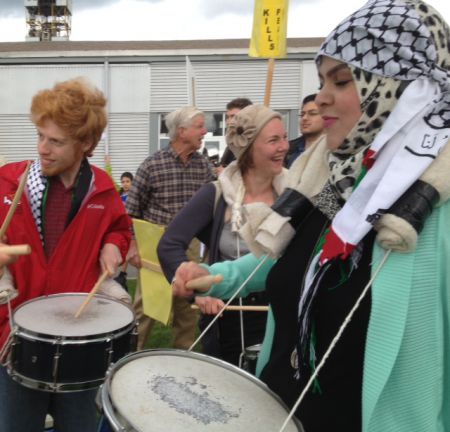 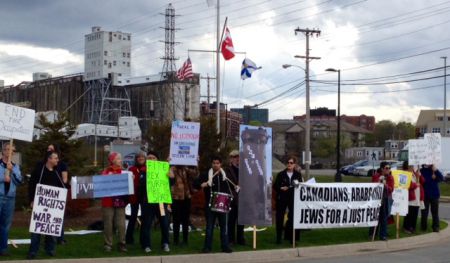 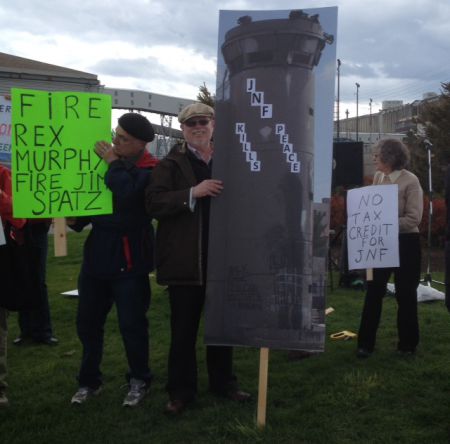 Beyond the impasse of Canadian labour: union renewal, political renewal

Canadian Dimension‘s latest issue includes many interesting debates and insights about labour and organizing, and also features an article by Solidarity Halifax! Click on the image to be directed toward their website.

Nora Loreto,
author of “From Demonized to Organized: Building the New Union Movement”

Charlie Huntley,
member of Solidarity Halifax and Baristas Rise Up

Unions are one of the only remaining democratic institutions under capitalism strong enough to take on neo-liberal policies. But are unions rising to the challenge? Especially when it comes to young workers? Faced with an increased casualization of work and chronic unemployment, young workers have less and less access to unions and to unionized workplaces. So how can we build a union movement that truly includes the struggles of young workers?

The venue is wheelchair accessible.