Confronted with the harsh reality of unaffordable housing and homelessness in Halifax, Mayor Mike Savage states the plainly obvious:

“[Housing] affects many other folks as well. It’s a whole strata of income levels and demographic groups who are struggling because housing costs have gone up much more than salary levels.” 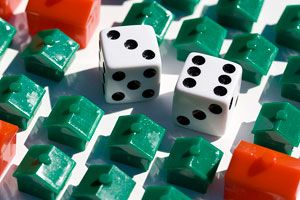 We are province with high unemployment, large numbers of minimum wage workers, a high cost of living, and high rent. 8,600 HRM households are spending more than 50 per cent on rent and another 20,000 are spending more than 30 per cent on housing. There are 1,300 on the waiting list for overcrowded and poorly kept publicly-owned housing. Gentrification in Central and North Halifax is pushing people out of the core of the city, farther away from clinics, workplaces, transit routes and community connections. Neighbourhoods like Highfield Park-Pinecrest in North Dartmouth and Spryfield are full of run-down, overpriced slum housing.The most impacted are low wage earners, who are often women, African-Nova Scotians, urban Aboriginal peoples and other racially and gender oppressed peoples.

Those of us who rent are in a dire state.

The answer presented by the city and province is to increase stock of “affordable housing”, a convenient position for elected officials who depend on campaign donations from wealthy slumlords and millionaire developers.  The fact is, people live on the street because capitalism allows landlords to get rich from collecting exorbitant rents on frequently squalid rental housing. No level of government is willing to acknowledge this reality, let alone offer real solutions.

The crisis in housing fits into the web of poverty, under- and unemployment, racism, sexism and wealth-accumulation that make up capitalism in Nova Scotia and Canada. A government willing to challenge oppression and exploitation could start by:

Even with progressive reforms, guaranteed livable, affordable and sustainable housing is not possible under capitalism. The following ideas are a starting place to move beyond housing as a commodity in the capitalist market place:

Providing affordable and livable housing in Nova Scotia is simply a matter of curbing the greed of the 1%.

We need to find leaders who are willing to do it.