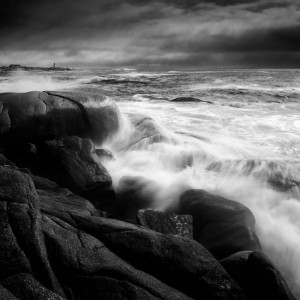 Nova Scotia municipalities have been ordered to develop climate change action plans, yet the 2015 budget calls for cuts to renewable electricity and renewable energy. [Photo: lietz.photography via flickr]

To say the environmental crisis is the urgent challenge of our times is an understatement. And here in Canada we are at the heart of the storm. In the chilling and infamous words of climate scientist James Hansen, extracting Tar Sands would equal “game over” for the climate. If we are to avoid reaching the disastrous climate tipping point, 85 % of the Tar Sands oil must be left in the ground. However, with billions of dollars of investments tied up in the Tar Sands, the desperate needs of our planet have come into a head-on collision with the profit making strategies of giant fossil fuels corporations.

It is also here in Canada that we suffer the brunt of fossil fuels extraction and climate change. The first in the line of fire have been First Nations peoples, who continue to resist appropriation of their territories in the hands of extractive fracking projects, logging clear cuts and other resource extractive schemes, for example. In Nova Scotia we are faced with the prospect of severe storms, the destruction of coastlines, loss of fresh water, chemical contamination and damage to local agriculture. Local farmers are at greater risk from salt contamination, chemical pollution and pests. Workers not only face declining salaries, but we are also hardest hit by the rising energy costs and the potential loss of water supplies. Higher sea levels, more extreme rainfalls and storm flooding, will have a drastic impact on the coastline, which is home to most of our population. Yet the infrastructure currently in place is inadequate to cope with this prospect. The livelihoods of Nova Scotians and our future generations are facing devastation, and in the context of rising inequalities it is those of us from the working and marginalized classes that will suffer the most.

Given this scenario, this country’s abysmal attitude to global warming is alarming. Canada’s record on the climate is the worst in the Western world, ranking last among 58 countries in a 2014 performance index survey. Blind to the demands of protestors and against the will of the majority of the Canadian population, the Canadian government continues to favor the interests of corporate profits over the desperate needs of the planet. Estimates have suggested that the Canadian government gives away $34 billion to fossil fuels companies every year in the form of low royalty rates, tax break and lax regulations. This is equivalent to $800 for every Canadian.

Right now the crucial problem is this: the government is enforcing an economic model that is hopelessly incapable of facing up to the desperate needs of the people and the planet. This model is euphemistically labeled “austerity”. Austerity is an upshot of the great crisis of 2008, when the government bailed out banks leaving soaring fiscal debts. According to the logic of austerity, the solution to this budgetary deficit has been to seek additional fiscal revenues in two main ways: cuts to the public sector and rampant extraction of unconventional oil reserves in the Tar Sands.

Here in Nova Scotia, premier Stephen McNeil’s austerity budget proposal is a demonstration of the Liberal government’s utter incapacity to face up to this crucial issue. Cuts such as $2.5 million to “Non-Electricity Energy Efficiency, Sustainable Transportation and Conservation Grants”, and a $300,000 cut in funding to renewable energy have eroded our ability to respond collectively to new environmental needs. The logic of austerity sees public institutions and services as barriers to corporate profits, which means public protections are being gutted and starved just when they need strengthening more than ever.

On the other hand, when it comes to corporate profit making strategies, the logic of austerity operates in a somewhat different manner. The liberal government has handed out lavish subsidies to oil corporations, and in the 2015 budget petroleum resources increased by $880,000. These policies facilitate the ascendance of corporate power at a time when the future of the planet relies precisely on our capacity to rein this power in.

We are told that what is needed is more energy efficiency, yet spending on this has been cut. Low income efficiency spending was not cut, but nonetheless in the face of declining salaries and cuts to income support, how will those of us from poorest sectors of society be able to afford these programs? The current low-income efficiency program, which allows Nova Scotians to make efficiency upgrades to our homes, is a case in point. It works great for those who can take advantage, saving them $500 a year on their bills, but the program is only available for homeowners, and the majority of people on low incomes are, of course, tenants.

The solution: moving beyond capitalism

To confront the environmental crisis we must tackle it at its root. This means challenging a socio-economic system where the interests of corporate profits and capital accumulation trump the needs of the planet and the people. The transition towards an environmentally sustainable world must be integrated with the struggle to create a new society based on the values of social justice, community and co-operativism. This move towards an ecologically and socially sustainable system will be led by struggles of workers and communities. These groups also stand to benefit greatly from the move: renewable energies create 3 times more jobs than fossil fuels, and energy efficiency creates 5 times more jobs. However, the transition must be part of a new, environmentally sustainable and socially just system in which green resources are commonly owned through a mix of public ownership and workers’ cooperatives. It is only by moving beyond the capitalist system of ever-increasing profits, accumulation and wasteful consumption, that we can build a world where our social cycles are realigned to work in harmony with ecological cycles, and production takes place for the purpose of human development and the maximization of our human potential, not corporate greed.